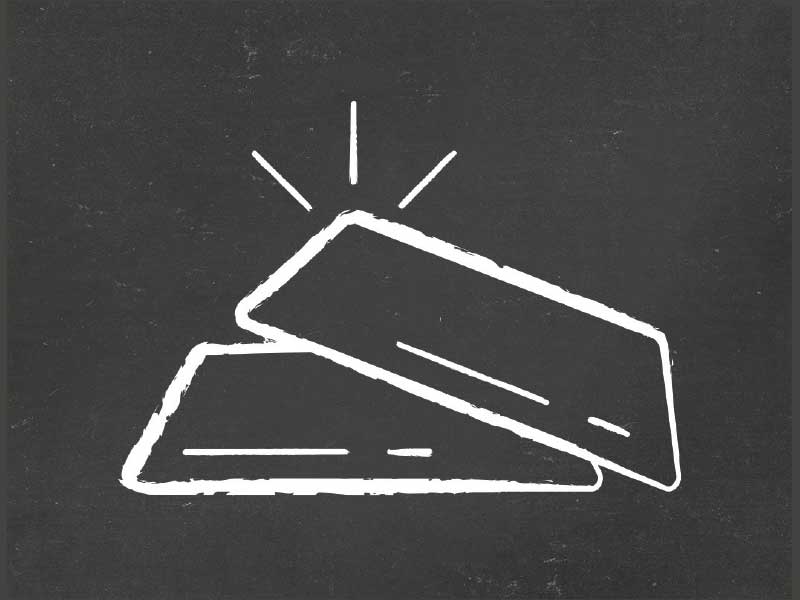 Beware: I’m going to get existential for a moment. I’ll be quick about it. Beginning in 2007 and through 2009, I found myself having a particular conversation about money with a lot of people. What started as a discussion of the happenings in the markets and economy became a journey into the historical role of gold and The Fed. In increasingly hushed tones, people would ask me, “Should we be buying gold? What if the entire system collapses?”

By this time, I’d been up to my eyeballs in all sorts of research about such matters. While reading countless books, articles, and websites, one idea struck me as foundational. It is the very meaning of money itself. Have you ever asked yourself, “What is money?” It was argued that money is nothing more than proof, proof that somebody was served by another person, and they responded by exchanging money for that service. You served them by helping to file their taxes, for example; they responded with payment of money for that service. You, the tax accountant, could then take that proof to a restaurant and exchange it for a meal. The restaurateur could then show that money to a house painter as proof that they served you the meal, allowing them to be served by the painter. And on and on we go, forming the basis of a society built upon proof of service.

If we then look at the stock market, it operates on the basis of belief. In effect, you invest in the stock market because you believe that people will continue to go to work and serve others, allowing the exchange of money as proof of that service. Because you believe that large numbers of people will continue this trend, you benefit by investing in that process. After all, making money available to companies through stock ownership to serve more and more people allows more people to be served and more proof to be exchanged (money). Isn’t that cool?

Great, Scott, what’s the point? The point is all of our economies and markets operate on this fundamental proof-and-belief premise. They always have and likely always will. The disruptions that the market and economies experience from time-to-time are the result of large numbers of participants wavering in this belief. This is why so many people were asking about gold and The Fed during the financial crisis. For if the masses stop believing in one another, we’d better own something of value as a proxy for and protection of wealth. Brilliant marketers have worked very hard to convince us of security in something like gold, as a way to exchange your money for their gold as a safety measure.

But wait a second…if the money system is failing, then why would someone wish to give you their gold in exchange for your soon-to-be-worthless money? Wouldn’t that exchange be foolish on their part?

As investors, participants, consumers, and human beings, we have a currency that is very valuable: belief. For as long as we exercise that en masse, we stand a chance of winning. This is why optimistic people often do better financially than pessimists. An optimist invests in people, themselves, and markets, because they believe that things can and will improve. Optimists believe in abundance. Conversely, a pessimist may hold what they have very closely, remaining very conservative in their investments, living a life of relative scarcity. Sure, there are plenty of exceptions to this; the key is to see it for what it is.

If enough of us stop believing in one another, money loses its meaning and power, then its value. This understanding begins to reshape how we view money, markets, and service of others. If you believe, invest. If you don’t, you’re going to see all sorts of things that support your belief. As with most things, it’s your choice. Until you convince me otherwise, I’ll choose to believe. I hope you’ll consider doing the same.

Our entire episode today is based on a meme that says: “You haven’t experienced true heartbreak until you’ve measured out a single serving of peanut butter.” It can be pretty depressing to see how what 200 calories of peanut butter really looks like, but we’ll tie it all into expense planning.

Key topics on this show:

Peanut Butter and Expense Planning
What are the Pros and Cons of I Bonds?
Search Results placeholder