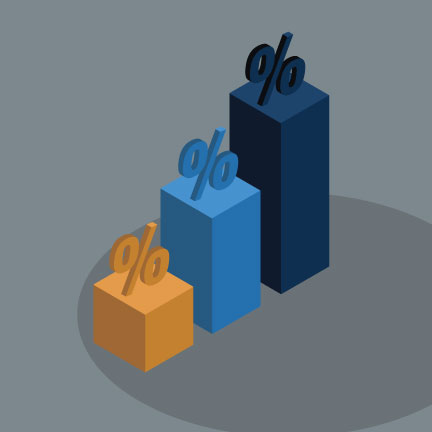 There’s a great expression that goes something like this: 84% of statistics are made up on the spot. See what happened there? We’ll often see statistics being used for persuasive purposes, but what if there’s more to most stats than meets the eye. What if the story being sold isn’t the real story at all? What’s more, how often are we making poor decisions because we never thought to ask more questions?

In a recent news story, the headline read, “Children Don’t Come Cheap: Cost Of Raising One Hits $233,610.” Yikes! As a dad to five of these apparent money pits, I read this article with great interest. I’m thinking to myself, “What did I get myself into?” Then I read further. It turns out that the largest expense in the study is that of housing. In fact, housing cost accounted for almost double the next largest expense, food.

While I’m not discounting that children are expensive; buried in this article, behind a terrifying headline was the admission that the cost per child declines substantially as a family grows in size. That is, each child becomes incrementally cheaper to raise than the last. After all, most families only need one house, no matter whether they have one child or five. Sure, a larger house may be desired, but that’s really a choice. We choose to stack our kids up, two or three to most rooms until they’re older. In fact, they prefer this; it’s like a 24×7 slumber party!

If I had taken the headline and the first statistic I saw and internalized it, I may have chosen to stop having children several kids ago because $233,610 per child becomes pretty darn costly, pretty fast. The reality is that the first child may be very costly, but once you’re in the child-raising business, you’re already setup for more, if you’re able to have more. That’s like FedEx spending a billion dollars to send the very first package overnight.

Here’s another statistic that can be very deceiving if taken at face value. The cost of a nursing home in states like Kansas and Utah are in the range of $65,000-$75,000 per year for a semi-private room (source: Genworth Cost Of Care Survey 2018). Therefore, you need to plan for an additional $65,000-75,000 per year if you find yourself or your spouse in a home. Looking deeper, imagine if you’re a widow and develop a care need. Generally, the care begins with in-home assistance, then progresses to an assisted living facility, then eventually a full nursing home. The initial phases are not likely to cost the full $65,000-75,000 per year; that’s often years after the initial care begins. Further, a widow will likely sell his or her home and the nursing home becomes the new home. That means you’re not necessarily adding $65,000-75,000 per year on top of other expenses; a good chunk of that expense is replacing existing household expenses. In other words, you’re trading one home for another!

While this is not meant to be a full analysis of child-rearing or nursing home expenses, the point is to encourage all of us to look beyond the headline, beyond the statistic that may sound simply awful. If we fail to think critically about what we’ve read or heard, we may be lead to some very poor decisions. I certainly don’t want that for you, and I’m quite sure you don’t want that for yourself.

Children are costly, and so are nursing homes. However, when you take the time to stop and look further at what’s actually being suggested with seductive headlines and statistics, you may come to a very different conclusion. Like the late, great Paul Harvey would say – and now you can say to yourself – “Now you know…the rest of the story.”

Are you prepared for the cost of a second home?

When a person needs institutional care in a nursing home, the cost of the new home can be enormous but we also have to consider the cost of the current home for the spouse who may still be in good health. It’s the cost of the second home that can wreak havoc on a nest egg. If you’re not sure how to plan for this possibility, please contact us to discuss your planning options.