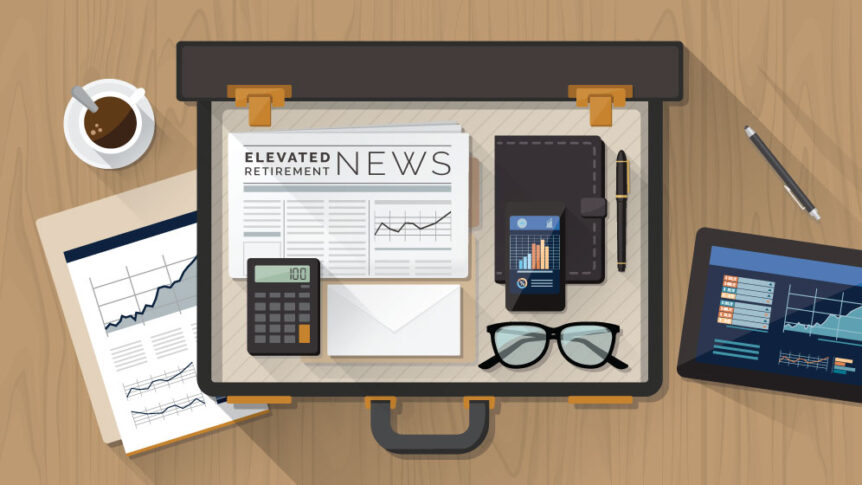 If a Tree Falls In the Woods, and Other Election Year Thoughts

During a recent meeting, and then at another meeting, and another…the question came up: “With an election coming up, what should we be doing about our investments?”

Here we are, in the midst of a presidential election season, and we’re all searching for answers. People are asking themselves, “Why on earth would someone in their right mind vote for that guy?” Of course, each side says the same of the other side. Ah, the stuff of dreams, this election season. While this makes for great political entertainment, and ultimately policy battles that help to shape the American landscape, I’ll touch on just one perceived effect of an election cycle: what an election does to the stock market.

I say perceived, because many of us have heard that the market typically does poorly in an election year. Is that true? Well, it depends. According to a MarketWatch article, presidential election years saw the S&P 500 index post an average return of 6.5% versus 7.9% in all years. This is using data back to 1960. Going back to 1948, the S&P 500 has averaged 6.1% in election years versus an average of 8.8% in all years. So, this would suggest that the stock market does not categorically favor election years. Note, however, that the years 1980 (Republican) and 1996 (Democrat) saw the market return over 20% respectively.

What can we do with this stock market information? Perhaps share it at dinner parties…once we’re allowed to have them again. To plan for a particular outcome this year (or any year), given the trends of the past is to violate the rules of statistics; using a sample size of just one to draw conclusions. What I suggest you do with this data is to file it away and plan your retirement in such a way as to prosper when markets do well (own stocks for the long-term), and also when markets do poorly (utilize guaranteed income strategies), as they have done and will again. The data point I like most is the long-term stock market average of 8.8% since 1948 (or 7.9% since 1960). That’s a story worth sharing, as long as you’ve secured your income to withstand the down years.

While on the subject of the election, have you noticed how nobody seems to listen to anybody else’s views, ever? Maybe it’s the fact that our media is so splintered and fragmented that we’re able to only consume the information that already matches our beliefs about a candidate or an issue. It feels as if there’s no possibility of impacting another person’s views. The result is like a tree falling in the woods and there’s nobody there to hear it. In other words, a thought that may actually sway someone’s thinking is never heard by the someone who may actually benefit from hearing it, because they’re tuned into another channel. It’s a world of really loud people preaching to really receptive choirs. It’s fascinating really.

All of this is to beg that we do our best to hear one another, treat one another kindly, and not allow the political machinations to destroy the very best assets any of us can possess: meaningful relationships. Please, please don’t let the divisive noise steal those from us. After all, the ‘us’ is more important than the ‘he or she.’ 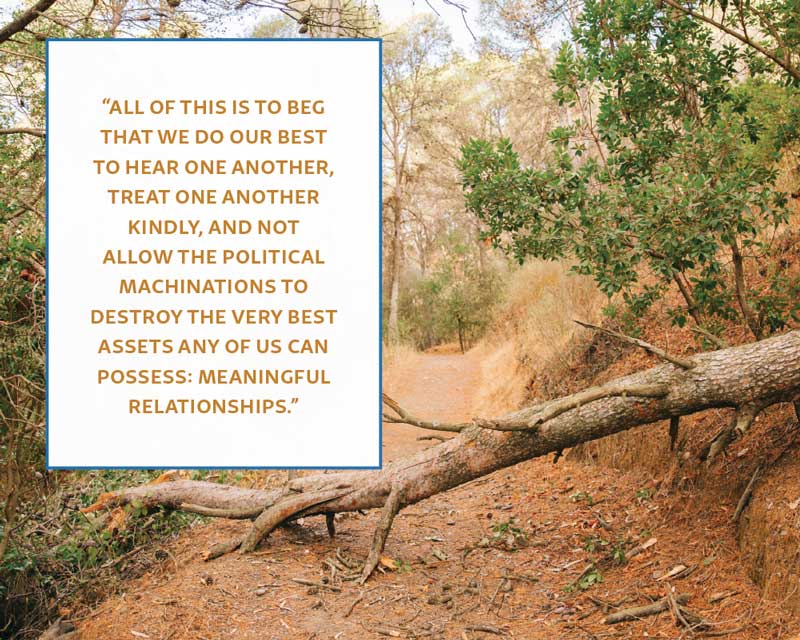