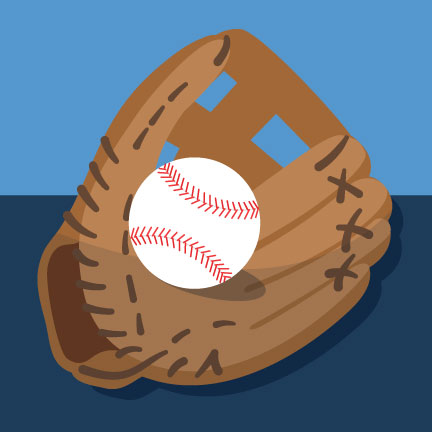 Whether you’re a baseball fan or not, you may have heard that over the last few years, a number of serious injuries occurred during Major League Baseball games when fans were struck by foul balls.

One incident resulted in the death of a 79-year-old woman and another fractured the skull of a 2-year-old girl. Either incident should result in dramatic actions being taken to protect fans, yet nothing has yet been done. It begs the question, Why not?

In a recent meeting with an aspiring retiree, it became obvious that something had changed. Their demeanor had shifted and their focus had sharpened. And while this isn’t unique to them, it struck me in a way that it hadn’t before. So, what had changed? Well, between our last conversation and now, they’d made the decision to stop looking ahead to retirement someday and instead get to the task of retiring now. And in this shift in focus, retirement planning had now become very real. It was ‘go time’.

In baseball, there’s always been a special connection between the players and fans, unlike in most other sports. The very chance that a ball hit by a big league player could sail into foul territory and land in your glove, hand, or beer means everything to the experience of being at a game. In fact, it means you’re actually part of the game when you could be in on the action. If protective netting, as is being suggested, is placed around the entire field to prevent foul ball injuries, then that connection between players and fans would be permanently severed. The game would likely never be the same again. The fantasy of catching a foul ball would end and you might as well just watch the game on TV. In other words, only when the game is very real does it get very exciting.

When all of that scrimping and saving to afford a ‘someday retirement’ becomes now, things can become very exciting. It’s no longer a someday event, it’s here and you’d better be ready. That foul ball is headed your way and you’ve got just one shot to get it right.

One of the concerns for the modern baseball spectator is the fact that people are more distracted than ever. It’s no longer enough to sit and watch a baseball game; there’s email to check and social media to browse…while at the game. Thus people are more susceptible to foul ball injuries. I suppose a retiree can also be distracted, leading to the potential for financial injury. Whether it’s the daily blast of fear-based media aimed at keeping us off-balance, or simply using poor investment and financial planning strategies because of lack of awareness, a person who seeks true financial independence had better keep an eye on the ball.

Whether a baseball fan or a retiree, it pays to remain alert. Let us not be afraid, but prepared instead.

This newsletter/commentary should not be regarded as a complete analysis of the subjects discussed. All expressions of opinion reflect the judgment of the authors as of the date of publication and are subject to change. Content provided herein is for informational purposes only and should not be used or construed as investment advice or a recommendation regarding the purchase or sale of any security. There is no guarantee that the statements, opinions, or forecasts provided herein will prove to be correct. Past performance may not be indicative of future results. There is no guarantee that any investment plan or strategy will be successful. All references to potential future developments or outcomes are strictly the views and opinions of the author and in no way promise, guarantee, or seek to predict with any certainty what may or may not occur in various economies and investment markets.